Once again, I can’t not tell you about a really fun event for our Border Terriers and for us owners.

Yet again organised by the much active Facebook based Essex Border Terrier Owners Group, it’s taking place on Sunday 16th December 2018 at the Wat Tyler Country Park in Basildon, Essex. 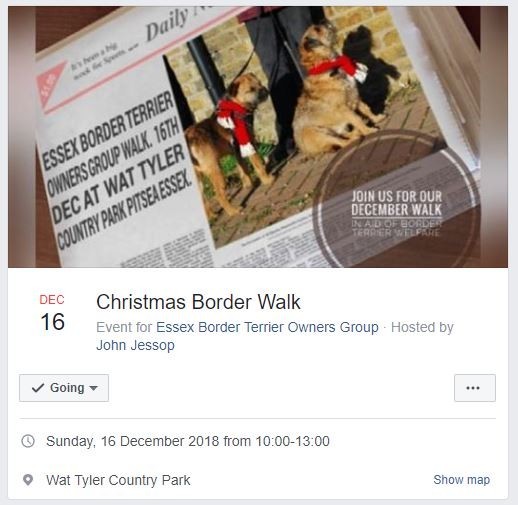 The purpose of the walk is two-fold: having fun and raising some money in support of Border Terrier Welfare charity.

But let me tell you a little more about the fun part of it.

I went with Indy to the walk that was organised by the same group back at the beginning of October.  Due to different circumstances and to Indy’s ill health in the past few years, we had been unable to join any of these Border Terrier walks for a long time.  We had, therefore, forgotten how much fun it is to see so many Borders gathered around in the same area. 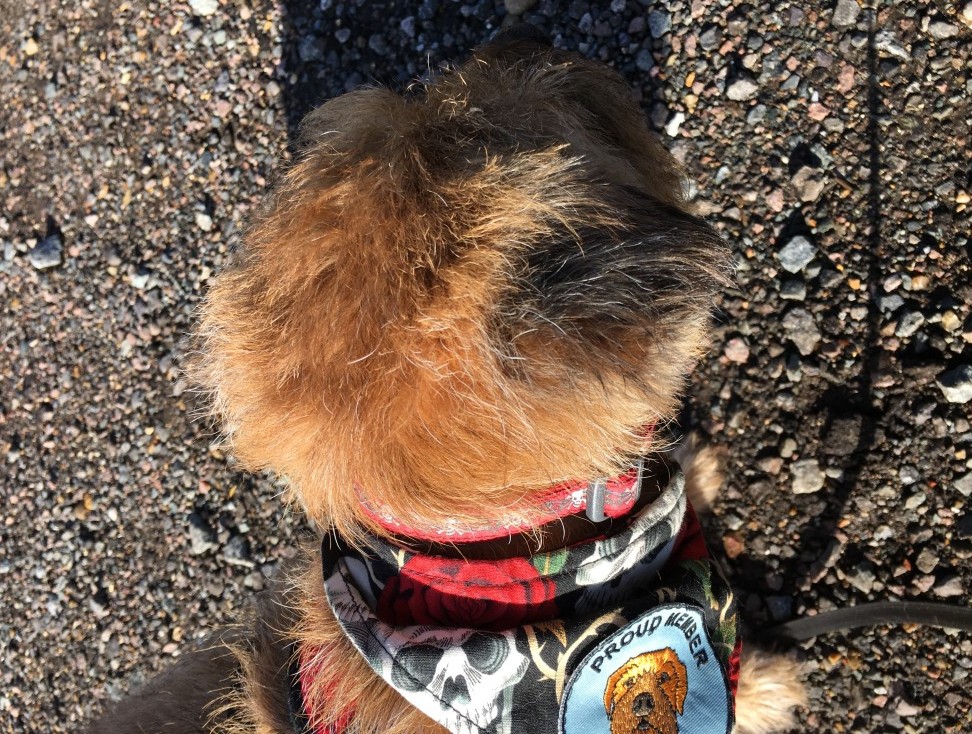 Well, I have to tell you, the feeling of fun and love and joy you experience as soon as you get there is exceptional.  Second to none!

We got there fairly early – and that was probably our mistake, as by the time the walk started, Indy was quite tired and had lost interest.  But when we got to the car park, we already found a few Borders.

Young, old, coloured leads (warning the dog may be shy or nervous or deaf), grizzled coated, tan coated.  Vociferous, quiet ones.  Noisy ones, curious ones, hungry ones, bored ones.  We soon became surrounded by a sea of Borders.  And the feeling was amazing!!!

Naturally, it was also really good to make friends with other Border owners, especially as that particular group is social media based – which makes it more so interesting when you can put a face and voice to a Facebook account.

If at all, the only mistake we made, as I mentioned, was in arriving too early.  Don’t get me wrong, the walk is extremely doable: all on flat and tarmacked surface, it is not long at all, and is accessible by wheelchair / pushchair users.

But what I had not accounted for is that, since our last walk, Indy has grown older, and got grumpier.  Indy did not have arguments with other dogs at all – he’s always become submissive when in a massive pack such as the one of a group walk.

But he did a lot of standing around on his four paws, while I was enjoying chatting around and taking pictures.  So that, by the time we got going, he was tired, hot (yes, it was truly a lovely day) and had got bored.

We had to let the rest of the group go ahead of us, and had to make for a swift retreat.

Nevertheless, we are determined to go this Christmas Walk on Sunday 16th December!

You will ask: why take Indy if he is too old?

I beg to differ, ladies and gentlemen, my Indy is old, but not too old – and especially since starting having his CBD Hemp Oil drops, he’s found a new new lease of life, and new energy. 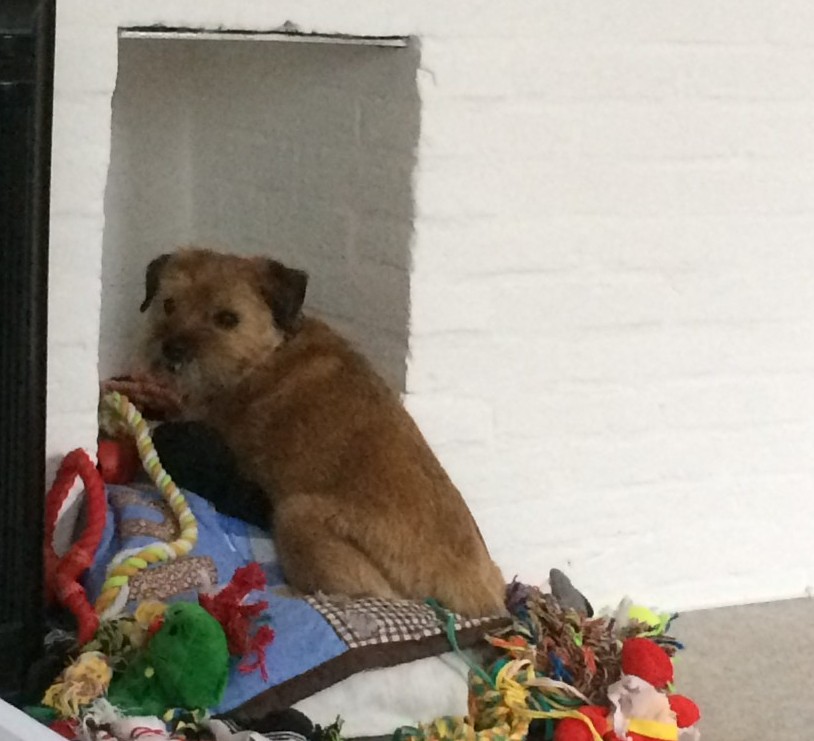 The other reason why I like to take Indy to these walks is that he can rekindle is sociable spirit.  With the wisdom of older age, I can see that, where in the past he could get angry and cantankerous at other dogs, now he quite happily lets them sniff his bottom and exchanges pleasantries likewise, which is quite nice to see.

But the ultimate reason for going is that, whilst having fun and exercising Indy physically and mentally, we contribute to support Border Terrier Welfare UK through a small donation.

The work done by the Border Terrier Welfare is really outstanding, in working incessantly in finding a new family for those  Borders who have just become homeless.  I feel the least we can do, as Border lovers, is giving them our support with a small contribution.

So, are Indy and I going to see you at the Essex Border Terrier Owners Group Christmas Walk?

I sincerely hope so.

Pencil this date in your diary: Sunday 16th December 2018 at Wat Tyler Country Park, registration at 10am, walk starting at 11am.  Click on the link above to confirm your attendance.